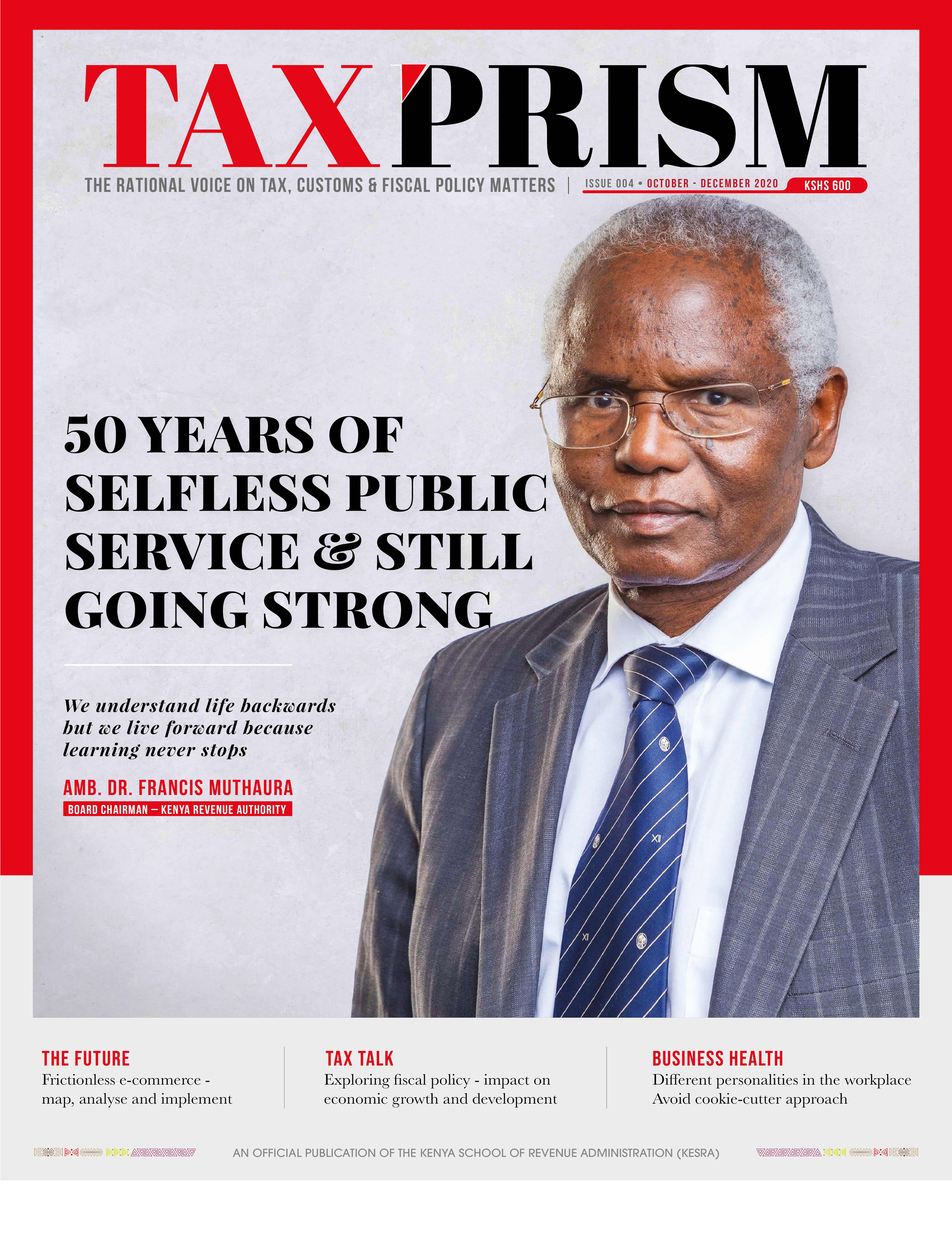 It is difficult to accurately gauge the size of shadow economies (also known as the underground economy or the black market) because, by nature, they are not subject to governmental oversight. This means that such economic activities neither generate any tax returns for the government nor are they captured in the country’s tax statistics and reports. Shadow economy, thus, refers to economic transactions that are deemed illegal, either because the goods or services traded are unlawful in nature, or because transactions fail to comply with governmental reporting requirements.

On average, a third of the world economy is in the shadows, with the highest incidence being in Sub-Saharan Africa, where the weighted average size of the shadow economy (as a percentage of GDP) is 37.6 percent. According to TheGlobalEconomy.com, in terms of percent of GDP from 1991 to 2015, data for Kenya’s shadow economy averages at 33.18 percent with a minimum of 28.68 percent in 2014 and a maximum of 36.24 percent in 1998. The latest value for 2015 is 33.43 percent – an indication that this is a complex problem for Kenya.

According to an article published in the Kenya Revenue Authority (KRA) blog titled “Tackling Challenges of the Shadow Economy in Kenya”, the number of registered taxpayers in Kenya is about 4 million against an estimated working-age population of over 31 million Kenyans. This is an indication of the depth of Kenya’s economy in the shadows; placing the tax burden on a small percentage of the working population. In the long run, this results in massive shortages of annual revenue collections leading to increased taxation rates to cover the fiscal deficits. Heavy taxation in turn breeds non-compliance in the formal sector thus encouraging more individuals and businesses to join the shadows.

The list of activities deemed to be underground economic transactions varies, depending on the laws of a given jurisdiction. For instance, in some countries, alcohol is prohibited, while in other nations they encourage legal brewery, distillery, and distribution. Similarly, while drugs are illegal in most countries, some nations have legalized the use of some drugs including cannabis.

That notwithstanding, some illegal activities fit the bill of shadow economy activities. They include non-registered businesses, under-reporting of business income, unreported sources of income, inflation of costs such as tax-deductible expenses, identity fraud to avoid tax liabilities or to claim refunds, and creation of phoenix companies that become insolvent before paying tax.

Others include moonlighters, ghost workers, cross-border fraudsters who exploit taxation gaps of tax administration, employer fraud, money laundering, VAT fraud, illicit trafficking or smuggling of goods to avoid duty, and distance selling to evade payment of VAT by selling online into one country from another without registration.

Legal products/services can also slip into the shadow economy to evade some taxes. For instance, according to an article on CNN Business, although tobacco is legal in New York City, an estimated 60 percent of cigarette sales are facilitated through under-the-table economic transactions since the product carries an exorbitant sin tax. Thus such transactions where participants fail to report their income are technically considered to be shadow economic activities.

Shadow economy has been a long-standing problem for decades now, but according to Organisation for Economic Co-operation and Development (OECD), many tax administrations have been able to strengthen their efforts to identify and tackle the different aspects of the shadow economy with some notable successes in the past decade.

Through a 2012 Information Note on Tax Administration titled ‘Reducing opportunities for tax non-compliance in the underground economy’, OECD gave sound advice to tax administrators on curbing the burgeoning shadow economy. The Information Note stressed on the importance of tax administrations to have multi-faceted strategies that cover the wide range of shadow economy activities.

However, despite many tax administrations adopting the multifaceted strategy, the shadow economy has nonetheless, been constantly adapting and finding new and diverse ways to grow. This has been exacerbated by modern changes in ways of working (remote working), the growth of the gig economy, the rise of the digital economy, among other wider social changes and globalization which have given rise to more activities that fall in the shadow economy.

Increasingly, the sophisticated use of technology within the shadow economy has posed a major potential threat to the tax base through the opportunities it offers. The Kenyan government for instance, has had a difficult time nabbing and taxing online businesses as they potentially continue to undermine tax compliance without any legal ramifications.

The ballooning shadow economy is not just caused by sophisticated technology or taxation loopholes. Cash transactions are the center-hold for which this economy is firmly anchored. Despite trendsetters in finance circles predicting the imminent demise of cash, its demand has been on the rise globally. The demand, especially for high denomination notes such as the EUR500 note and the USD100 bill have been sustained despite different quarters calling for their demonetization. This is according to a February 2015 report by Europol Financial Intelligence Group entitled Why Is Cash Still King? A Strategic Report On The Use Of Cash By Criminal Groups As A Facilitator For Money Laundering.

It is estimated that there are over 500 billion banknotes in circulation globally, and an increase in demand can be attributed to shadow economy activity. In Kenya, cash payment remains high despite growth in FinTech solutions. A report by Financial Sector Deepening (FSD) shows that 96 percent of businesses in Kenya receive their payments in cash. Now that is staggering!

This could only have two forms of explanation: One is the fact that 95 percent of the country’s SMEs and workers operate within the informal economy and form a large percentage of the unbanked population of informal business owners. Only 34.4 percent of business owners in Kenya own a bank account to run a business. The second explanation is the preference for cash transactions with no receipts as a way of evading tax – which is supported by low detection rates of cash transactions.

Cash by nature is generally untraceable. The Central Bank of Kenya (CBK) has anti-money laundering rules that require financial institutions to report suspicious transactions and transactions over a certain amount. However, this rule has no means of checking smaller transactions or those taking place outside of the banking system making the bulk of transactions in Kenya entirely invisible.

This only means one thing; that cash will continue to facilitate the shadow economy and illegal activity whether in paying traders, businesses, employees or in carrying out criminal activity.

Theoretical and empirical studies conducted do not conclusively explain how an increase in the shadow economy affects economic growth.

However, some sentiments indicated that the shadow economy depresses the growth of overall GDP. They imply that shrinking the shadow economy will increase tax revenues. That it will enable administrations to meet their revenue targets. That it will consequently stimulate a rise in public spending on infrastructure and developmental projects – leading to a rise in the overall economic growth rate.

They argue that on top of shortfalls in revenue collection to fund public services, the shadow economy has other wider effects that magnify its economic and social impact such as; undermining public trust in the tax system and the social norms supporting voluntary compliance and exploitation of workers which include underpayment or lack of contractual protections. Such activities, they believe, can also contribute to wider illegalities such as illicit trafficking, money laundering, and also fund serious crimes.

OECD, in a 2017 report titled Shining Light On The Shadow Economy – Opportunities and Threats gives recommendations on how to combat the shadow economy. These include:

Sharing of intelligence: Tax administrations should share information on the developing risks in the shadow economy, including on cross-border aspects, as well as on effective countermeasures.

Effective use of different data sources: It could be useful to look further at the available data sources; – internally generated, domestic and international, including bulk data sources; how exchange can best be facilitated; and how data sources might be used most effectively to minimize opportunities for carrying out shadow economy activity.

Measuring impact: While the shadow economy is, by definition, difficult to measure, it is seen as a significant tax gap in most countries. Measuring its impact is important for decision-making on resources, investment, strategies and combating its growth.

Dealing with the shadow economy is a rather complicated issue; very elusive, borderline unethical and difficult to term it legal or illegal. This issue thus presents three options that can be used to deal with it and I will let you be the jury on this one.

The first option is do nothing about it! Just let the whole shadow economy issue be. Don’t try to destabilise the status quo in the economy. The rationale here is that if a third of the global economy is in the shadow, then this sphere is a principal breeding ground for new enterprise creation, and for the micro-enterprise system and should therefore be left alone. The downside of doing nothing though, is that the hidden enterprise culture will negatively impact on legitimate businesses and governments with issues such as over-taxation, unfair competition and government missing out on revenues.

A second option is to stamp it out. Treat shadow labour force and businesses as economic actors who evade tax, thus, should they be caught, they will receive a befitting punishment, penalties and sanctions for tax evasion. The downside of such an eradication approach is that underground economy is a seedbed for entrepreneurship, and eradicating it will stamp out precisely the entrepreneurship and enterprise culture that is needed for economic development and growth.

A third policy option, which needs a workaround at legislation and policy formulation level is to facilitate the legitimisation of work in the shadow economy. But this will take a great deal of compromise of a country’s set standards for both monetary and fiscal policy redesign. It will need understanding the relationships between underground output/income and other macroeconomic variables.

So what will it be?

The Intricacies, Impacts and Opportunities of e-commerce on trade